Hosts India tired their best to create an upset to book a place in the 7th Asian Youth Netball Championship at the Thagaraj Netball Stadium in New Delhi yesterday afternoon in the first semi finals tie, but the Malaysian proved to be a better all round team to defeat them 59-36.
On Thursday in the final Group match, Malaysia had defeated India 67-41.
Malaysia who are the only unbeaten team after six matches have qualified to defend the title they have won for three consecutive times prior to this championship. 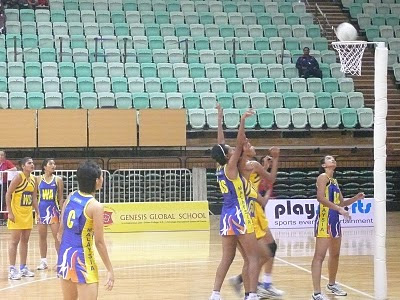 However, in the final today they will meet Sri Lanka who defeated Singapore in the second semi final 55-47.
Singapore who had defeated Sri Lanka 64-49 in the Group match, were stunned by the s the simply latter yesterday as they won 55-47 for an upset win. 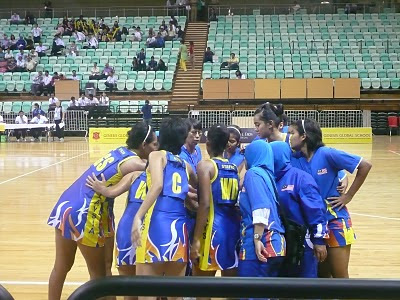 However, Sri Lanka fully deserved to win with their determined performance and it only underlined that their junior team has improved tremendously to match their seniors who are Asian No 1 team and ranked 13th in the world.
Malaysia's ranking from the latest senior team ranking list released is 21st, while Singapore is 19th. 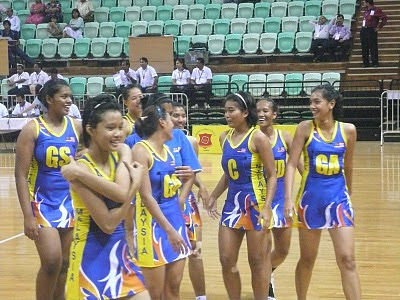 Pictures by Ramble Oxley
Singapore who were the losing finalist to Malaysia in the last championship, simply could not match the Sri Lankans yesterday who put up a determined performance with full of gusto.
Malaysian team manager, Zainon Nd Noh who celebrated her birthday yesterday, said that it is going to be a difficult final and Malaysia will have to be at their best against Sri Lanka this evening.
"We would have preferred to meet Singapore in the final. The Sri Lanka junior team has improved tremendously and although we had defeated them in the Group match, we cannot take anything for granted," said Zainon.
"The Sri Lanka players are tall and are a very determined lot who never give up. It was a close match when we met them in the Group match and it is going to be no different in the final. Infact, it is going to be more difficult as the championship title is at stake.
"But we are not going to to let our chance to win the title for a record fourth consecutive time, just slip away just like that after having reached the final unbeaten. It maybe going to be a difficult match, but I am confident we will rise to the occasion to win the title."
Yesterday, Malaysia's win over India was witnessed by the High Commissioner of Malaysia to India, Datuk Tan Seng Sung, his wife and High Commission officers.
Datuk Tan said that he will be at the final today and is looking forward to Malaysia winning the title for the fourth consecutive time.
Posted by tony mariadass at 3:47 AM