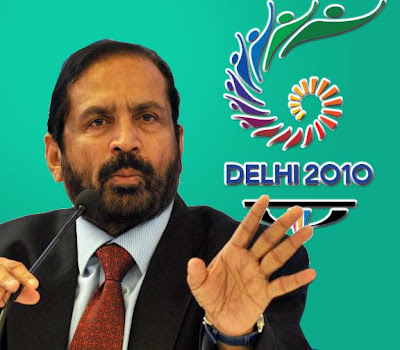 The FIFA World Cup may have engaged nearly everyone’s attention over the past month but, at the Organising Committee Commonwealth Games 2010 Delhi (OC), we have not allowed any distraction —sporting or non-sporting — to affect our focus from the task on hand: that of ensuring that we produce the best ever Commonwealth Games in October. One of the most satisfying events in the headquarters of the OC was the hosting of a meeting for the High Commissioners earlier this week.

I was heartened by the positive response we drew from the Heads of Missions or the representatives of Commonwealth nations.
We briefed them about a number of aspects like security, transport, visa, accommodation, catering — areas that focus on the athletes’ welfare. The interactive session was memorable and the High Commissioners went back with confidence that their athletes would have the best facilities to showcase their talent.
We had a similar successful meeting with Members of Parliament, international sportspersons, presidents and secretaries of State Olympic Associations, nodal officers from state governments to brief them about the Queen’s Baton Relay, which has been on a rousing tour of the country since arriving at the Wagah-Attari border a fortnight ago. I am delighted that the baton has drawn tremendous attention on its travels in Punjab, Jammu & Kashmir, Chandigarh, Himachal Pradesh and Uttarakhand.
I am very excited as our venue operations team will move into the Talkatora Indoor Stadium on Friday. There is no denying that it will be a milestone moment for us as we move from planning stage to operational stage. The shift will give us ample time to pay attention to detail at the venue.
The venue for the boxing competitions will become the first where a team from the OC will move in. I must compliment NDMC for refurbishing the stadium, adding an administrative block and making it world class — and all this in time. The stadium will be a model venue for most integration activities of several functional areas of the OC. Such an early shift will help the venue team to be better integrated, better acquainted with one other, with the venue itself and with the venue owners.
Yes, with 86 days to go for the start of the Games, I am excited that we will begin the process of moving into competition and non-competition venues on Friday. I am sure that in a week’s time, we will have moved into many venues. I got the feeling during our meeting with the High Commissioners that they know we can deliver a great Games. We will.
Posted by tony mariadass at 3:55 PM