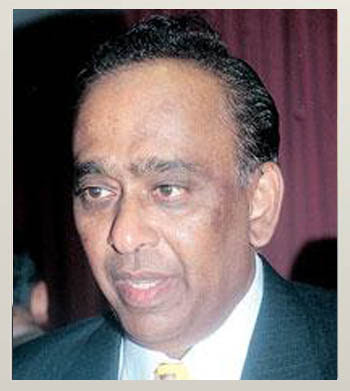 Datuk Punch Gunalan (April 2, 1944 – August 14, 2012) was a former badminton star of Malaysia and one of the finest combination doubles and singles players that the country has ever produced. He was born in Sepang, Selangor.
He was a talented right-hander who spent what might have been some of the best years of his playing career competing only sporadically as a student in England. Gunalan did not represent Malaysia in Thomas Cup (the men's world team championship) until the 1970 series in Kuala Lumpur at the comparatively late "rookie" age of 26. Here Malaysia relinquished its title to Indonesia in the final, 2--7, with Gunalan and Ng Boon Bee in doubles gaining one of the two points. In 1971 Gunalan and Boon Bee were the leading men's doubles team in the world, winning the prestigious All England title, as well as the Danish, Canadian, and U.S. Open titles.
Though perhaps less consistent in singles than he was in doubles, Gunalan was capable of playing it at the highest level. He reached the All-England singles final in 1974, losing in three close games to the iconic Rudy Hartono. He won singles at the quadrennial Asian Games in 1970 and at the quadrennial Commonwealth Games in 1974.
Since retiring as a player after 1974, Gunalan has served in various stints as coach of the Malaysian team, an official in the Malaysian Badminton Association, and as an official in the International Badminton Federation (now Badminton World Federation).

Source: Wikipedia.
Posted by tony mariadass at 11:34 AM No comments:

I had refrained from making comments or posting anything on my blog on the London 2012 Olympics after my last posting on June 18 with the heading Old story, new cover (read here:http://level-field.blogspot.com/2012/06/old-story-new-cover.html)
I had said all that I had to say and just wanted to see the drama, excitement, joy and tears unfold in London.
The Games itself was indeed a success as far as the host was concerned and there is no doubts about it was - from the opening ceremony, the Games itself, the true host London was to the world, to the Closing Ceremony. It was a delight watching all the action in the wee hours of the morning here in Malaysia and thanks to Astro for bringing all the action live.
As for our Malaysian athletes, there has been a great deal already said from the journalists, commentators, officials at the Games from the Sports Minister, Chef-de-Mission, team managers, coaches, NSC and NSI officials, the athletes themselves, fans, politicians and just about every Ali, Ah Chai, Alagapa, Aisah, Ah Moi and Angamah.
Some made sense, but a great deal were said with emotions playing a big part. Some said things to hide behind the real truth or hide the real disappointment.
A lot was also said before the Malaysian contingent left for London and more often than not rosy pictures were painted. Everything was sugar coated and few wanted to tell the truth and reality that was going to happen in London. Many were hoping that everything will go well and a magic wand would be waved and everything will fall into place.
I had said a few things before the start of the Games and among them include:

Just look at the development leading up to the London Olympics and you will know what I mean.
From an athlete wanting her husband to be beside her instead of her coach, a prominent Media personnel coming out to say they are going to set up a fund for the athlete's husband to travel to London and no less than his honorable PM himself pledging to assist the athlete.
What are taking about here, Is it compassionate feelings or seriously about winning a medal at the Olympics. Let us get our act right. This would not have happened in China, Korea or Japan!
Many may say that I am sounding cruel, but in Malaysian sport one has to be cruel to be kind, because our Malaysian sportsmen and women are a pampered lot.
Just ask a Korean national athlete, no matter what sport, what does it to take to be one and maintain his or her place!
With the all facilities and money readily available in our country, we are still trying to win our first gold medal at the Olympics? We are even dangling millions of ringgit to win the gold medal. Will it happen? I do not know. But I will bank on the poor cousins of some sports who get abundance of funding, in saying that I will not be surprised if we get our elusive gold from the divers or archers
After reading and listening to all the comments on Malaysia's performance, I have come to one conclusion: That what we have is a young generation who have not experienced the golden era of Malaysian sport and whatever result achieved now, is good enough for them because it is all new experience for them. They are excited and feel that Malaysia has done well.
Datuk Lee Chong Wei defending his silver medal he won four years ago was good enough. That matching the Atlanta Games one silver and one bronze is good enough. 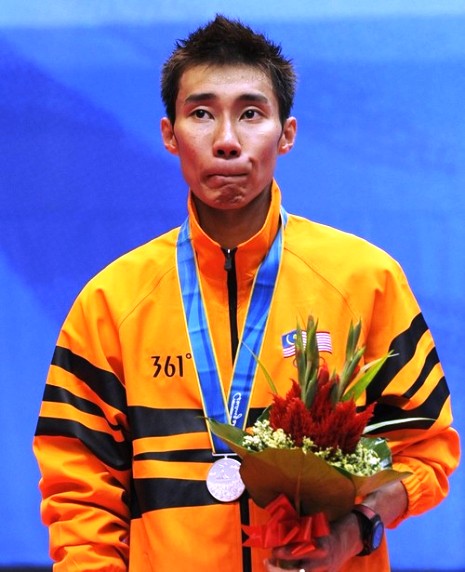 I am not taking anything away from Lee Chong Wei. He indeed did well coming back from an ankle injury, gave all his best and was just two points away from the gold medal, he was in tears when receiving the silver medal. But at the end of the day, he did not have what it takes to win the match and the gold. He ran out of luck and he was unlucky to have been born in the same era as Lin Dan, does not stand. Lee did well to get the silver and was not good enough to win the gold medal on that day...period. And let us move on.
For me, the Malaysian success of the Games was Pandelela Rinong and her bronze medal in the diving 10m platform. For starters, it was a medal from other than badminton. It was the first medal won by a woman (not demonstration sport) and by a 19-year old.
Athletes like archer Khairul Anuar Mohamad was a fresh breath to the Malaysian sporty scene and who has given some hope for the future. 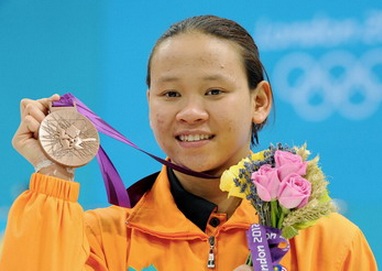 Azizulhasni Awang did well to reach the final and is another athlete who left a little good feeling.
But overall, Malaysian sport has a long way to go.
Lee Chong Wei apologising to the fans for his failure was magnanimous. But at the same time we have athletes like Norasela Khalid and Lee Hup Wei who went to London on wild card tickets, who were arrogant and saw no need to apologise for their poor performance and had a whole lot of excuses of how they were not prepared for the challenge because injuries and that they were there because they association selected them.
Would it not been more beneficial to send our top young athletes who could have used the experience to set a dream to return as bona fide qualified Olympian!
And to say that RM20 million was not suffice and we would do better with more funding certainly does not hold water. The question is whether the one silver and one bronze medal won is worth the RM20 million spent or were we short changed!
There are a lot which could have been done better from training, coaches, amount of money spend on certain sports, lavish spending on areas totally unrelated to development of sports, identifying the right sports as medal prospects, cutting all the frills and promotions and above all, getting rid of the politics and poor administration in some sports. Many took a ride on the London Olympics campaign.
Finally, how many Malaysian athletes have what it takes to make all the sacrifices and hard training to get a shot at a medal at the Olympics.
Like it or not, Malaysian athletes are a pampered lot, who are not prepared to make enough sacrifices and above all have what it takes to be an Olympic champion except for a few like Chong Wei and the likes of Nicol David (if squash was in the Olympics).
Let us not give the nation false hopes, but tell the truth and work towards realistic goals and targets.
Above all, let us all get our act right and be sincere in whatever we do - be it officials, coaches, administrators or athletes.
For now, let us identify more athletes in the calibre of Pandelela and work towards a longtime goal. Nothing comes instantly and above all without working at it.
There is still hope for Malaysia to win the elusive first gold medal, but let us all be on the right track and head towards the right destination.
Will Malaysia win the gold medal in Rio in 2016? We have been asking the same question after every Olympics and say that we will. But we have not yet achieved. Is four years enough to produce an Olympics gold medalist? Do we have athletes who are capable of achieving the feat. Let us not forget that the other nations will also be doubling their effort and the competition is only going to get stiffer with each passing Games.
For the sake of Malaysian sports, I hope that the golden ray will shine upon Malaysia in Rio!
Posted by tony mariadass at 11:59 PM No comments:

The demise of The Malay Mail

even had a day record sales of 110,000! Today what does it average? 6,000 to 8,000? The decision makers who decided that it be a morning paper are responsible for what The Malay Mail is today! Today it is just a carbon copy of The Sun! The sports section is dead with no sports reporters on the desk! Staff is dwindling with resignations almost every other day. The best journalists have left.
The Malay Mail will go down in history of not being able to record Pandelela's feat because tomorrow they do not print. Their next edition is on Monday - three days later! Rethink The News?
The Malay Mail has been murdered!
Posted by tony mariadass at 2:02 PM 3 comments: