Press Trust of India - New Delhi:  Taking a strong exception to pullout of some of the star athletes from the Commonwealth Games, Sports Minister M S Gill on Sunday asked CGF President Mike Fennell to bring those champions to New Delhi instead of an army of officials.
Scottish cycling star Chirs Hoy is the latest Olympic champion to withdraw from the Games after Jamaican sprinters Usian Bolt and Anne Fraser decided to give a miss to the October 3-18 Games.
Gill said the Games would lose sheen, interest and its very objective if star players would not turn up.
"Star athletes have slowly drifted away from the Games. It's not at all good. I want to tell Mr Fennell that don't bring your officials here but bring stars like Bolt, Fraser, Hoy and others with you. They are the main attraction for the people of this country to see," Gill said while inaugurating the Shyama Prasad Mukherjee Swimming Complex here. 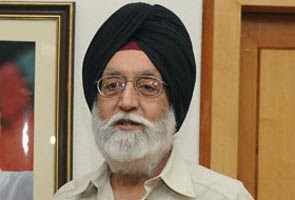 "Commonwealth Games is a sporting event and not the meeting of officials. These athletes drifting away doesn't please me nor the Organising Committee. This is not done."
An upset Gill said he would raise the issue at a meeting of the Sports Ministers of all the Commonwealth Nations on October 4.
"I'll raise this issue before them definitely. If these stars failed to turn up, then all our efforts stand waste. People would say that if only you and Suresh (Kalmadi) were to run then why you spent so much," Gill said.
Beijing Olympic gold medallist Hoy, who also won gold medals in 2002 and 2006 Commonwealth Games, informed Commonwealth Games Scotland (CGS) on Friday that he is no longer available for selection for the Delhi Games.
"What happened with Hoy is that Brtish Cycling Federation told him that you better take part in the European Championship to qualify for the Olympic Games in London 2012. This championship consists of valuable Olympic points.
"Asian Games, European Championship and South American championship count for qualification in Olympics and that is the prime reason there priorities lies there. They don't want to participate in the Commonwealth Games which is a different kind of sporting arrangement.
"I again request Mr Fennell to bring these stars here and not the thousands of officials. People want to see players not them. It's a moral duty on the part of players to come and participate. I want 'A' list of players and not 'B' or 'C'," Gill said.

Read more at: http://www.ndtv.com/article/sports/bring-athletes-not-officials-gill-to-fennell-38209?cp
Posted by tony mariadass at 9:09 AM