Blogger Satwant Singh just informed that triple international Daphne Boudville passed away this morning at the Klang Hospital.
She would have turned 77 this May.
Picture shows Daphne (third from left) at the OCM Hall of Fame induction in 2013, 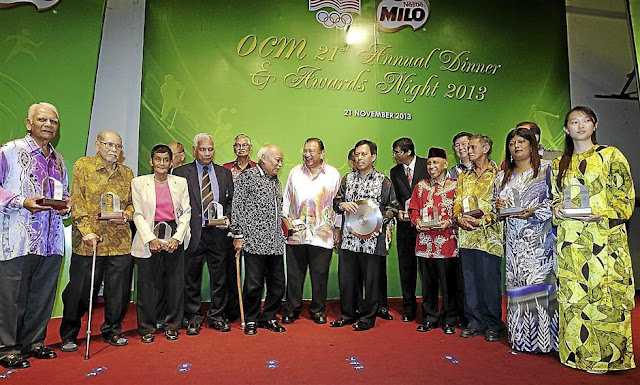 Posted by tony mariadass at 12:27 PM No comments:

Links to this post
Email ThisBlogThis!Share to TwitterShare to FacebookShare to Pinterest
Labels: hockey, icons from the past
Newer Posts Older Posts Home
Subscribe to: Posts (Atom)