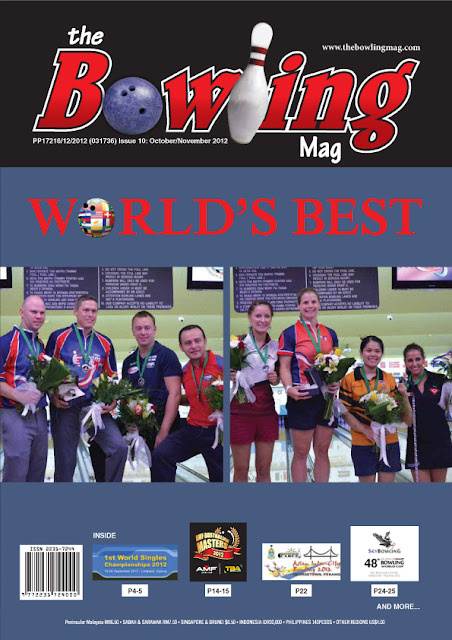 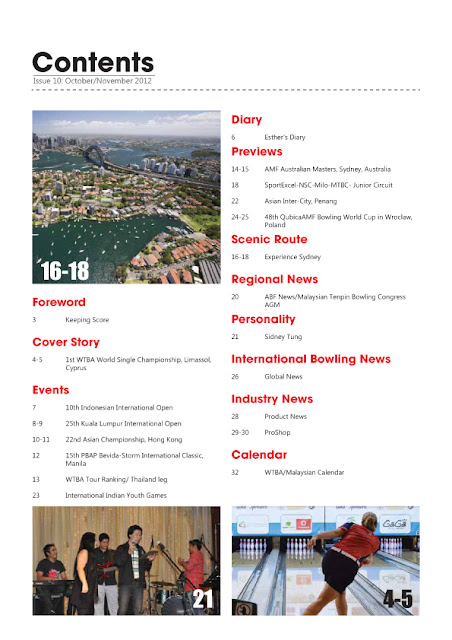 Links to this post
Email ThisBlogThis!Share to TwitterShare to FacebookShare to Pinterest
Labels: bowling, The Bowling Mag

NUJ has made its stand on the matter and can we now expect the Sportwriters Association of Malaysia (SAM) to make a stand too?
12 OCTOBER, 2012

The National Union of Journalists (NUJ) calls on the National Sports Council and national sports
associations to stop intimidating sports writers by sending legal notice for publishing unfavourable
reports about them.


The reporters, just like journalists operating in other beats, are carrying out their public duties to serve their audience, be it readers, viewers or listeners.


They carry public interest stories as the development of sports are closely followed by the young and old.


The government allocates funds to develop and promote sports events and journalists have the
right to expose wrong doings and mismanagement.


The NUJ believe sports writers and their media organisations subscribe to fair reporting which
includes giving aggrieved parties the right to reply.


The practice of sending notice of demand to critical sports writers tantamount to intimidating
them from pursuing investigative reporting.


We assure sports writers that the NUJ will spring into action, including defend their right to
carry out their duties free from harassment.


Our call is in response to two former Malay Mail reporters who have been issued letters of
demand by the NSC for stories published last year and this year.


One of the reports is a subject matter in court now.


We have also received feedbacks that reporters occasionally received legal notices but
the aggrieved parties did not pursue further like filing legal suits.