The tougher the field, the better bowler Zulmazran Zulkilfi loves it.

Zulmazran who will be making his third appearance in the 45th edition of the Qubica-AMF Bowling World Cup starting officially on Sunday at the Melaka International Bowling Centre, will certainly have his hands full of strong challenge from world renowned bowlers. 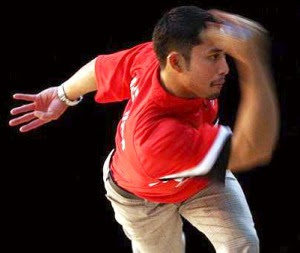 For company he will have early favourite to win the title in this edition USA’s Walter Ray Williams Jr, a pro bowler with a record 45 PBA titles to his name. 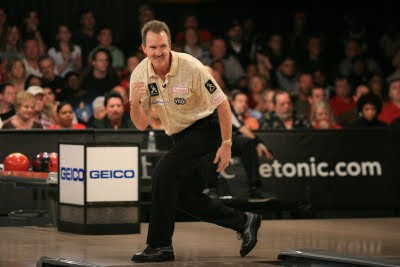 He has won a leading eight bowling writers Bowler of the Year awards and is also the all-time leading money winner on the PBA Tour. He is tied with Earl Anthony with the most PBA money titles (six). He was the first bowler in history to surpass US$2 million in career earnings, achieving this in 1997. With his win in the 2003 U.S. Open, he also became the first $3 million career winner; and became the first $4 million career winner in 2008. Williams also has the highest monetary winnings in a single season, with $419,700 during his 2002–03 season.

He is also known for several PBA achievements:

If that is not enough competition for Zulmazran to chew on, then there is Philippine’s seasoned bowler Paeng Nepomenco, who holds the record for being the youngest bowler to win the competition (at 19), has appeared in nine final stages and won the title four times.

Naturally, Paeng, will be going all out to win his fifth title in Melaka, as a tribute to his father

Other top bowlers Zulmazran will have for company from the 96 countries coming include Canada’s Michael Schmidt, the 2005 champion and Singapore’s Remy Ong, who is competing for the fifth time and finished second in 2002 and third in 2004.

Then there is Norway’s Peter Hansen, who finished runner-up in 2004, and Sweden’s Martin Larsen, last year’s runner-up.

Zulmazran in his debut appearance in the Bowling World Cup in 2002 in Riga, Latvia, finished among the top 24 and last year in Hermosillo, Mexico, he finished third.

Will he be able to finish better than last year? A tough question indeed considering the top class field he will have to contend against.

However, Zulmazran himself is looking forward to reaching the knockout stage by finishing top eight and then taking it from there onwards for his best possible finish.

Posted by tony mariadass at 2:05 AM