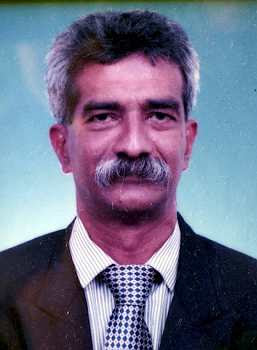 News of Isa Bakar's demise received this morning from another ex-international, C. Nadarajah, was shocking, for I had met the former, only three weeks ago at the Royal Selangor Club in Bukit Kiara.
Isa was at RSC for the Under-12 7's international and Tiger international veteran 7s and he looked healthy and was his usual bubbly self.
I briefly exchanged greetings with him and enquired how he was and gave his standard reply : "Macam biasa (like usual)."
Isa had come to Kuala Lumpur to lend support to the Penang teams competing in the RSC tournament and also to catch up with his ex-teammates in the national team.
And Isa spotting a pony tail, was certainly not disappointed because many of his former teammates and friends were there. They included Datuk Soh Chin Aun, Santokh Singh, Wong Choon Wah, Datuk M. Karathu, Khasim Abdullah, Abdah Alif, Radzali Embi ,V. Kalimuthu and Vincent Thambirajah.
Infact, FA of Malaysia deputy president, Tengku Mahkota of Pahang, Tengku Abdullah, who was the Royal guest of honour for the RSC event, spent time taking to Isa for a few minutes.
But sadly, Isa missed an opportunity to have a photograph taken with Tengku Mahkota, who had requested for all the ex-internationals present to take a photo taken with him. Isa arrived moments after the photograph taken. Below was the photograph taken with the ex-internationals. 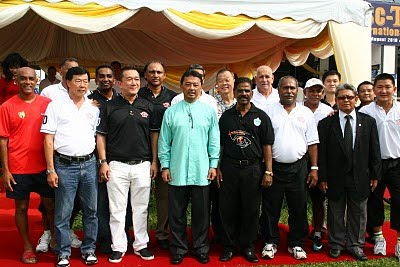 Below is an article written today by NST's K. Kandiah on the passing away of Isa Bakar.
Indeed, another soccer legend has left us and will always be remembered for the golden memories given to Malaysian soccer.
May Isa rest in peace and deepest condolences and sympathy to his family.
Tony Mariadass 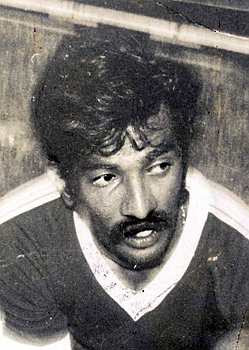 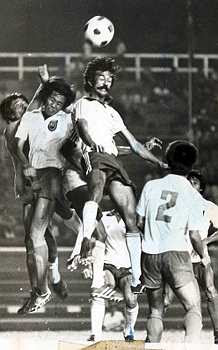 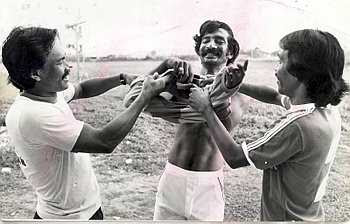 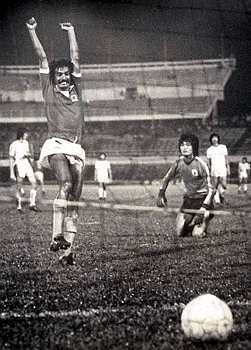 Pixs Courtesy of NST
By K. Kandiah (NST Penang)
GEORGE TOWN: Soccer ace Isa Bakar, who represented the country from 1974 to 1979, died at the Penang Hospital due to illness yesterday at about 9.30am and was laid to rest at the Jalan Perak Muslim Cemetery after prayers at the Masjid Hashim Yahaya on the same day.
The 58-year-old star is survived by wife Mazlina Md Ismail, 49, and four children aged between 16 and 22.
Isa was in the squad which won the bronze medal at the 1974 Teheran Asian Games, which was the only time ever that Malaysia had won a medal in soccer, and he was in the squad that won the gold medal at the 1977 Sea Games where Malaysia thrashed Burma (now known as Myanmar) 8-1.
The lanky player was also in the Penang team that last won the Malaysia Cup in 1974.
Former national skipper Datuk Soh Chin Aun, who paid his last respect at the late Isa's home, said Isa was a real role model for the 1Malaysia concept as he never cared for race or religion when it comes to befriending people.
He said Isa gave his best at every game and partnering the late Mokhtar Dahari, they made the best combination in the five years Isa represented the country and added that the lanky Penangite was a very happy go lucky guy but once in the field he was serious in his game.
"He called me yesterday (Friday) morning to tell me that he was admitted to hospital for vomiting blood.
"This morning (Saturday) at about 8.30 I sent him a SMS to enquire about his health as I wanted to visit him and about 10 minutes later he called back to say that he was fine," he told Timesport at Isa's home in Sungai Ara yesterday.
Chin Aun, who was popularly known as `towkay' in the soccer, fraternity said he was shocked when Datuk Mohd Junid Mohd Noor,  the former Penang FA secretary, called him at about 10.15am to say that Isa had passed away.
Another ex-international and teammate Abdul Shukor Salleh said it was very difficult to find a person like Isa as he was a very jovial person who can keep everyone laughing all the time but as a player he was very disciplined, though outside he was not.
Ex-teammate and a very close friend, teary eyed N. Baskaran, who played along side Isa for more than 10 years, said it will be very difficult to find a friend like Isa.
Former Penang FA secretary Datuk Mohd Junid Mohd Noor said Isa was one of a kind who never say no when approached for help by anyone and will go out of the way to help people and that is one main reason that this wonderful man died painlessly and moreover, in the holy month of Ramadhan.
Junid said: "This is the gift of God to a nice person."
C. Nadarajah added that Isa was up and about this morning and even to a shop outside the hospital to have breakfast.
"But when he returned after breakfast, he started vomiting and passed away. It is really shocking," said Nadarajah.
Posted by tony mariadass at 11:40 PM

Dear Tony,
The stories have been very encouraging,captivating and Interesting...Keep up the Quality
that reflects your ability through
your Years of Resourses in Sports.