Looking forward to a clean and successful CWG 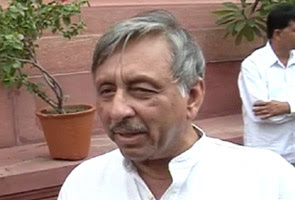 New Delhi:  After attacking the holding of Commonwealth Games, Congress leader Mani Shankar Aiyar on Wednesday suggested that a high-level committee be formed to ensure that a "clean and successful" event is held.
"Let us have a high-level apex committee to which all the agencies including the Organising Committee will be responsible. We may still get a clean Game and a successful one," Aiyar told reporters outside Parliament.
Asked whether OC Chief Suresh Kalmadi should resign, he said, "I have given a constructive suggestion and I have not said Kalmadi should be removed from the OC."
He said the Australia government had also set a high-level committee during the Sydney Olympics.

"What was done at Sydney Olympics was done exactly by the then Prime Minister Indira Gandhi during the Asiad 1982 when a Special Organising Committee was set up with Buta Singh as Chairman and the Cabinet passed a resolution through which all the concerned ministers were empowered to give sanctions," Aiyar said.
Referring to Rajiv Gandhi, he said, "Then a back bencher called Rajiv Gandhi who happened to be the son of the Prime Minister was inducted into that Special Organising Committee. He brought along with him a number of young and dynamic people.
"Between them they organised the Games where there was no scandal and it was a total success," he said. "So my suggestion is even now if the high-level apex committee is formed along the lines of the Special Organising Committee we can still have a very clean and successful games."
He, however, said, "I do not know whether it will be accepted or not."
Asked whether Rahul Gandhi should be inducted in the high-level committee, he said "It is for the government to decide whom to include in the committee.
The 69-year-old politician, a stern critic of the Delhi Games, had recently created a furore by saying that he would be unhappy if the CWG were a success and that only "evil" would support such an event.
Soon after his unsavoury remarks, Aiyar pledged that he will not speak on the Games till it is over but rejected reports that he was asked by his party seniors to keep mum on the subject.
He also said his outburst against the Commonwealth Games has opened up "a can of worms" which was evident from the alleged corruption charges that have rocked the October 3-14 sporting extravaganza.
Posted by tony mariadass at 8:18 AM