There is still support for the CWG

Commonwealth Games 2010: 10 reasons why they should go ahead

Scotland and Wales get to have a go, India will go nuts – and you can't avoid it anyway 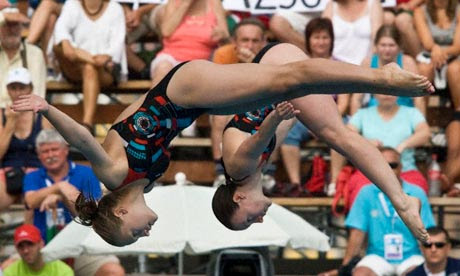 India really has made an effort

In the recent tradition of games hosted by developing nations eager to show they too can build fibreglass enormo-domes, India has thrown the kitchen sink at Delhi 2010. The Jawaharlal Nehru Stadium now has a roof coated in 53,800 sq m of Teflon and 4,000 labourers have worked around the clock. More controversially, a "beautification" programme has seen 100,000 homeless Delhi-ites relocated and tasteful bamboo screens erected around city slums. We can only hope they at least get to keep the bamboo screens.


It is already a nail-biter

The first big question of Delhi 2010 is: will Delhi 2010 actually take place? This week odds on the games being scrapped were cut to 4-1 after a new footbridge attached to the main stadium collapsed, injuring 23 people. This followed the announcement by Scottish team officials that the athletes' village is "unfit for human habitation" and an outbreak of Dengue fever. Don't listen to the bookies though. India is a mob-handed muddle-ocracy and these games – one way or another – are going to happen. Probably.


Scotland and Wales get to have a go

The games may reek of tiffin, punka-wallahs and fusty imperial anachronisms, but they are also a hothouse of devolution: only here do Scotland and Wales get the chance to win medals free from the yoke of the British flag – although not very many.


So do lots of other people

Also competing in Delhi are the Cook Islands, Gibraltar, Guernsey and Tokelau, a dependency of New Zealand with a population of 1,500.


Get it while you can

This is an event that appears increasingly drained of vital signs, crowded out by the biannual World Championships and lucrative grand prix events. Among those absent are heptathlon star Jessica Ennis, cycling deities Chris Hoy and Victoria Pendleton and gym queen Beth Tweddle. Basically: if you've heard of them, they're not going to be there. The tide of history is against the Commonwealths, so enjoy it while it's here.

The upside of which is we get the chance to garland some unlikely heroes. The English diving team will contain a 13-year-old schoolgirl called Alicia Blagg. And Scotland's swimming hopes are pinned on Hannah Miley, whose training regime, devised by her father, involves towing a large sponge around the pool. "He attaches a sponge to me," Miley explained recently. "It's just one of those jumbo sponges you wash your car with.'' This is truly the spirit of ingenuity that built a commonwealth.

. . . most likely, over shooter Abhinav Bindra, its first individual Olympic gold medallist in Beijing two years ago. Bindra's father, recalling his son's days as a child prodigy, said: "When he was five he would place a balloon on the head of his maid and shoot it." Normally the most sparsely attended of sports, shooting isn't going to know what's hit it.


The big one for bowls

This is the only stage where the flat-capped pursuit of rolling heavy balls along a very nice stretch of lawn attracts such headline status. Watch out too for netball and squash, plus – potentially in 2014 – snooker. At last: a games with real games.


You can't avoid it anyway

The BBC is currently planning to broadcast 1,800 hours of Commonwealth Games across its TV and web channels, the equivalent of 75 straight 24-hour days. At least 56 presenters and pundits have been despatched, including Huw Edwards, whose duties extend to "ceremonies". Looking forward to those, Huw.


Do it for the Queen

The Queen has stoically attended every Commonwealth Games of her reign except for 1966 in Jamaica. She is, however, set to miss Delhi just when suddenly it makes quite a lot of sense to go crawling back to our resurgent post-colonial would-be allies. Indian billionaire investors: you still have our support. At least, for 10 minutes or so during the highlights, before the squash starts.