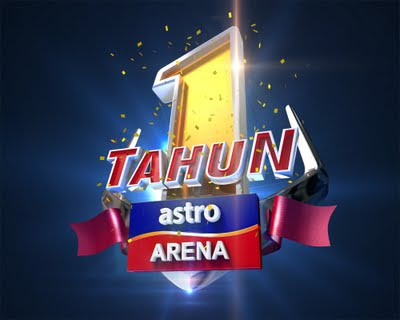 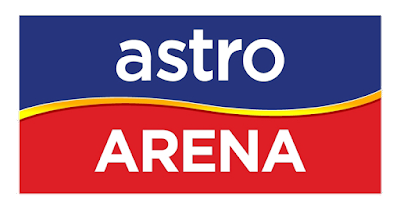 It was indeed a grand 1st birthday celebration by Astro Arena over three days since Friday, culminating with a sumptuous dinner at J W Marriott Hote last night.
Sadly, it was also held over three days where Christians observed Good Friday, Easter Vigil and Easter Day.
Nevertheless, congratulations for having made big leaps in one year, but there is much more than can be done for Malaysian sports.
I clearly  remember when I attended the launch of Astro Arena at the Olympic Council of Malaysia Hall, that promise was made that we will see grassroots sports - community, schools and clubs - well covered.
I feel this part of the bargain has not been delivered.
It is great that we get to see "Live" matches of our various national teams or players playing at home or abroad.The M-League, National Hockey League, badminton, bowling squash, boxing, rugby, and motor-sports are among the sports are being covered at great length.
There are talk shows to address Malaysian sports woes, interactive programmes, history of Malaysian sports, while other sports are covered through the sports news segment - Nadi Arena.
Like any private entity, it is obvious that Astro Arena is profit driven and no doubt that they work closely with many National Sports Associations, the bottom-line is still the Ringgit and Sen they make.
This is where some sports who do not have attraction to pull in the sponsors, lose out in terms of coverage, as more often than not, they are asked to pay for coverage.
One sport recently organised an international age-group competition and was looking forward to some coverage.They were asked to fork out some RM30,000 for the coverage.
The officials felt that it was better to use the money to further enhance their development programme and decided against paying for the coverage and no surprise their event was not covered.
This is where Astro Arena have to fulfill their CSR deeds and help the poorer associations too.
There are still many NSAs who are not given much coverage and this has to be looked into.
Just wondering if some of the huge amount spent on the birthday bash could have been used to give coverage to the "smaller" sports,  and Astro Arena, would have got more followers watching their Channel.
Of course, a great part of the birthday bash was partly sponsored, like the dinner at J W Marriot, judging from the mileage given to this hotel.
But after having given themselves a huge bash for their first birthday, they have to step it up every year and I cannot imagine how big each of their birthdays are going to get.
On hindsight, maybe Astro Arena has made huge profits in the their first year, that they were justifying the rewards with the bash.
It is also time that Astro Arena consider having a couple of programmes in English too, to further diversify their viewing audience.
Lastly to touch on Astro Arena honouring Malaysian Sports Legends at the Dinner, it was indeed noble to recognise the Legends of Malaysia, but they must be careful in following the order in honouring them.
Several top Legends were not in the list that were honoured on Sunday, while some were considered too young to be called Legends.
In the end, Astro Arena, certainly made the impact to market themselves and already with seven million supporting them, they can only grow bigger.
It is just hoped that as they grow, they will also extend their tentacles far and wide to reach the smaller sports associations and grassroots.
Many came, praised and showered Astro Arena with endlessly accolades, but I hope my stance to view the picture differently and give a few constructive criticisms, will be taken in right sporting spirit to see Malaysian sports grow further.
Afterall, after having covered Malaysian sports for the past 30 years, I have seen the good and bad facet of Malaysian sports and surely qualify to pen my sincere observations straight from my heart.
Everything said, Astro Arena has done well and is a fresh breath to Malaysian sports.
Happy Birthday Astro Arena and wishing you many, many more fruitful years ahead!

Posted by tony mariadass at 9:08 AM

Tony, your one and only time at Kafe Sukan? hahaha...don't worry la, keep yourself available...provided you are in the country la...last year you were away in Delhi and Guangzhou...as for your thoughts, fair and valid...

Yup Tony, I think number of our sports legends has been left out.
Anyway, only the first year ha.
Good luck Astro Arena.

I agree that grassroot sports is not given enough emphasis. This is important to build the sport. It creates interest in the development of a sport. It makes me wonder if some of the media are controlled by NSAs by way of sponsorship so it gives good coverage only to the NSA activities.
If this is the case then having a dedicated sports channel is is not maximised to it's full potential. It is limiting itself.