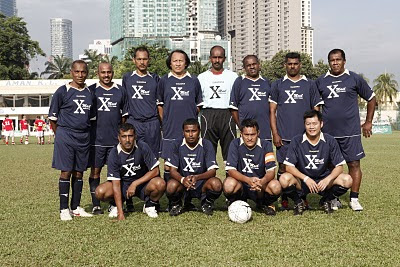 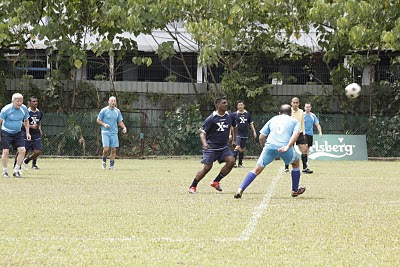 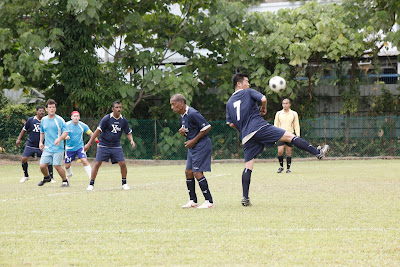 ANXIOUS MOMENTS........ (from left) Tamilarasan and Vijantheran look on as Kalimuthu and Lee Ban Tat go different ways to clear the ball
X-Mail who made their debut in the IFC International 9s at Club Aman early this month, will be competing in the 2nd Philippines-Malaysia Soccer Festival at the Panaad Stadium in Bacolod City from May 29-30.
The tournament in Bacolod City was initiated last year in October by the former Malay Mail FC team where four teams competed.
This year there will be 16 teams competing with two teams so far from Malaysia - X-Mail Veterans and Sabah Journalists Association (SJA).
Posted by tony mariadass at 10:38 AM